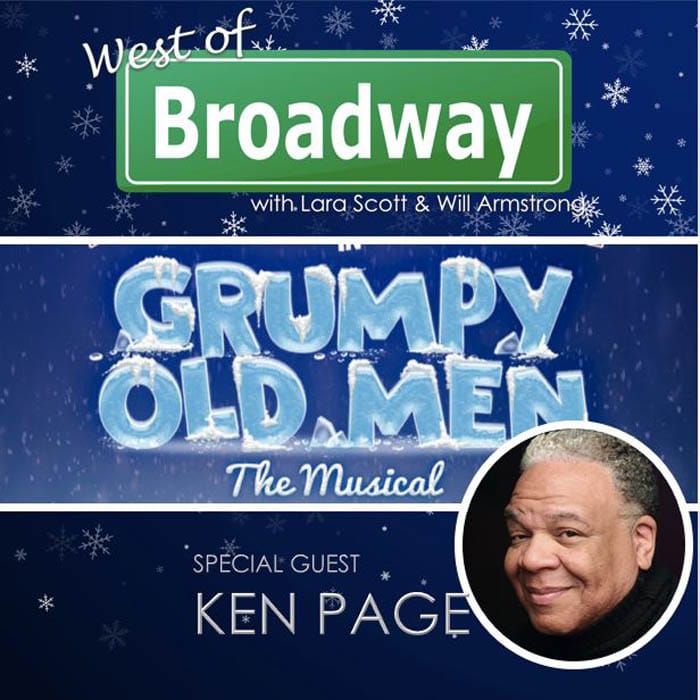 On this episode of West of Broadway, Will talks about his experience at La Mirada Theater for the Performing Arts seeing the West Coast premiere of “Grumpy Old Men the Musical.” Spoiler alert, he loved it! and to top it off, the 2 are joined by Broadway, Film and television icon Ken Page to discuss his role as Chuck the loveable general store owner.

They also get an opportunity to talk about some of Ken’s other famous shows and roles, most notably the Disney classic Nightmare Before Christmas’s Oogie Boogie.

This McCoy Rigby production is playing until October 13th at La Mirada Theater for the Performing Arts and tickets are available at lamiradatheater.com *Rated PG-13