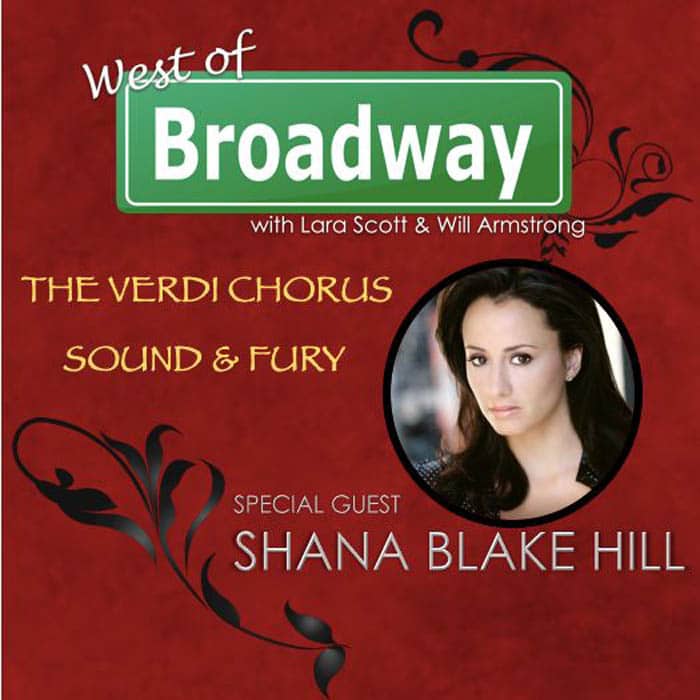 On this episode of West of Broadway, Lara Scott gets to speak with acclaimed soprano Shana Blake Hill, who will be one of the Guest Soloists for the upcoming Verdi Chorus Fall Concert Sound and Fury being presented November 16 and 17 in Santa Monica.