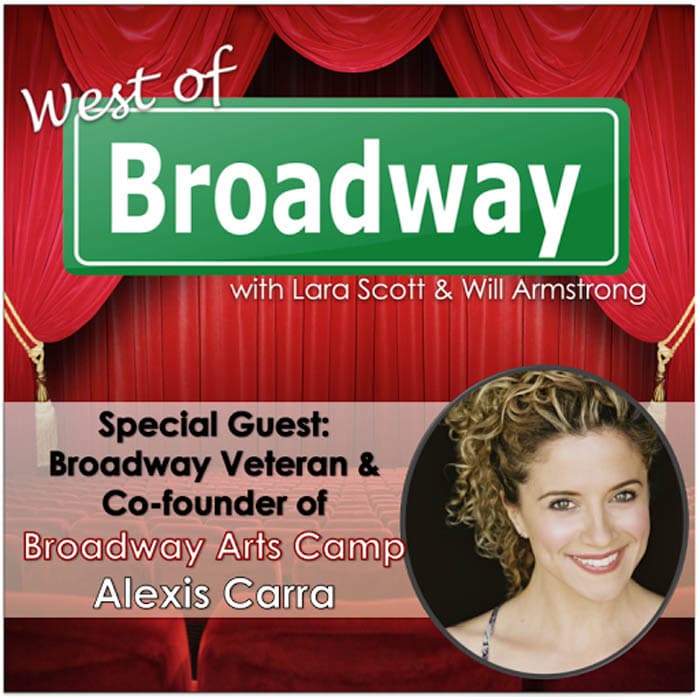 On this episode of West of Broadway, Will Armstrong sits down with Broadway Veteran and Co-founder of Broadway Arts Camp, Alexis Carra to discuss her journey from Broadway to Hollywood. Alexis also shares some stories from backstage and on set as well as her motivation behind her love of teaching and why her and her partner Chryssie Whitehead founded this west coast musical theater camp.