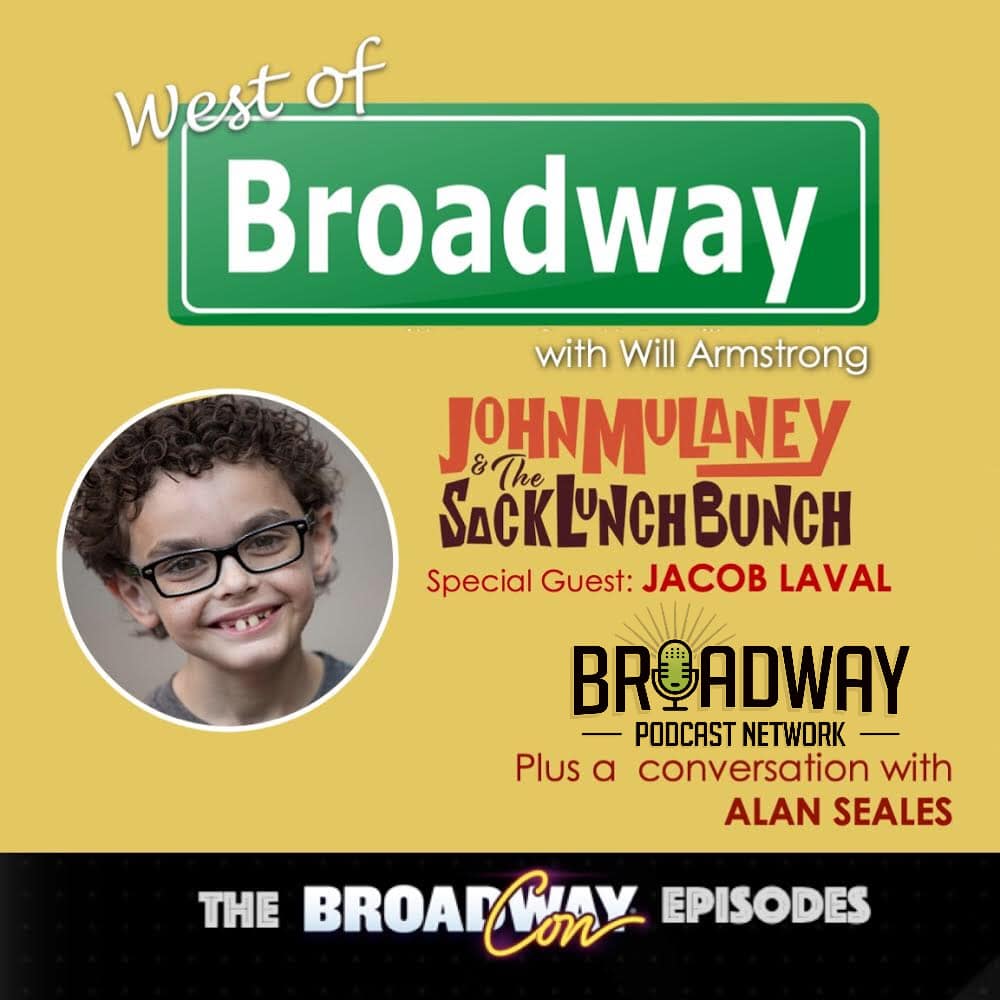 It’s curtains up on another episode of West of Broadway. I’m Broadway Veteran Will Armstrong and this is a continuation of our Broadway Con Series. That’s right, the West of Broadway crew went all the way to NYC for the 5th annual Broadway Con. We met celebrities, broadway fanatics and some innovators really changing the way broadway fans connect with their favorite shows and personalities.

While walking the Marketplace floor, we ran into someone I just had to interview. Maybe you’ve seen the Netflix special John Mulaney and the Sack Lunch Bunch? If not, put it on your must watch list because it’s fantastic. The show features the comedy of John Mulaney and some amazing guest cameos from comedian Richard Kind to The Talking Head’s David Byrne, actor Jake Gyllenhaal and the iconic Annaleigh Ashford! The show also features a cast of incredibly talented kids. One of the stands outs is a young man named Jacob Laval and he was walking the Marketplace floor with his mom and his sister and I just had to interview him. …

John Mulaney and the Sack Lunch Bunch now streaming on Netflix and be sure to catch him on HBO’s the Plot Against America and since we recorded this interview he filmed several other segments for Sesame Street!  I think the world of this kid and I’m excited to see what he accomplishes. You can keep up with Jacob on Instagram : @jacobLaval

Broadway Con was so much fun and I got to see and speak with so many incredible people. Someone I was particularly excited to talk to is a fellow theater podcaster who is not only creating fantastic content himself but he’s leading the way for other theater podcasters and providing a platform for creators to host, and share their content in one perfect place. Alan Seales is the co-founder of The Broadway Podcast Network, a one stop shop for all your favorite musical theater themed podcasts.

It was such a pleasure to meet and speak with Alan Seales. I encourage you all to check out his show “ The Theater Podcast with Alan Seales and all the programing available on BroadwayPodcastNetwork.com.

And, here’s an exciting update. Since this episode was recorded, West of Broadway has joined the family of programing at Broadway Podcast Network so I encourage you to find us on their site along with a slew of entertaining and unique podcasts for theater fan.

That brings us to the end of the show. Thank you so much for listening! Special thanks to Broadway Con, Jacob Laval and Alan Seales. Like I said, you can find past and future episodes of West of Broadway on BroadwayPodcastNetwork.com and you can find me on social @WillArmstronpr across all platforms and coming up very soon, we’ll be announcing our new co-host and a ton of new and exciting interviews on the show.

So until next time be well and if you’re looking for us, you can find us Just west of broadway.