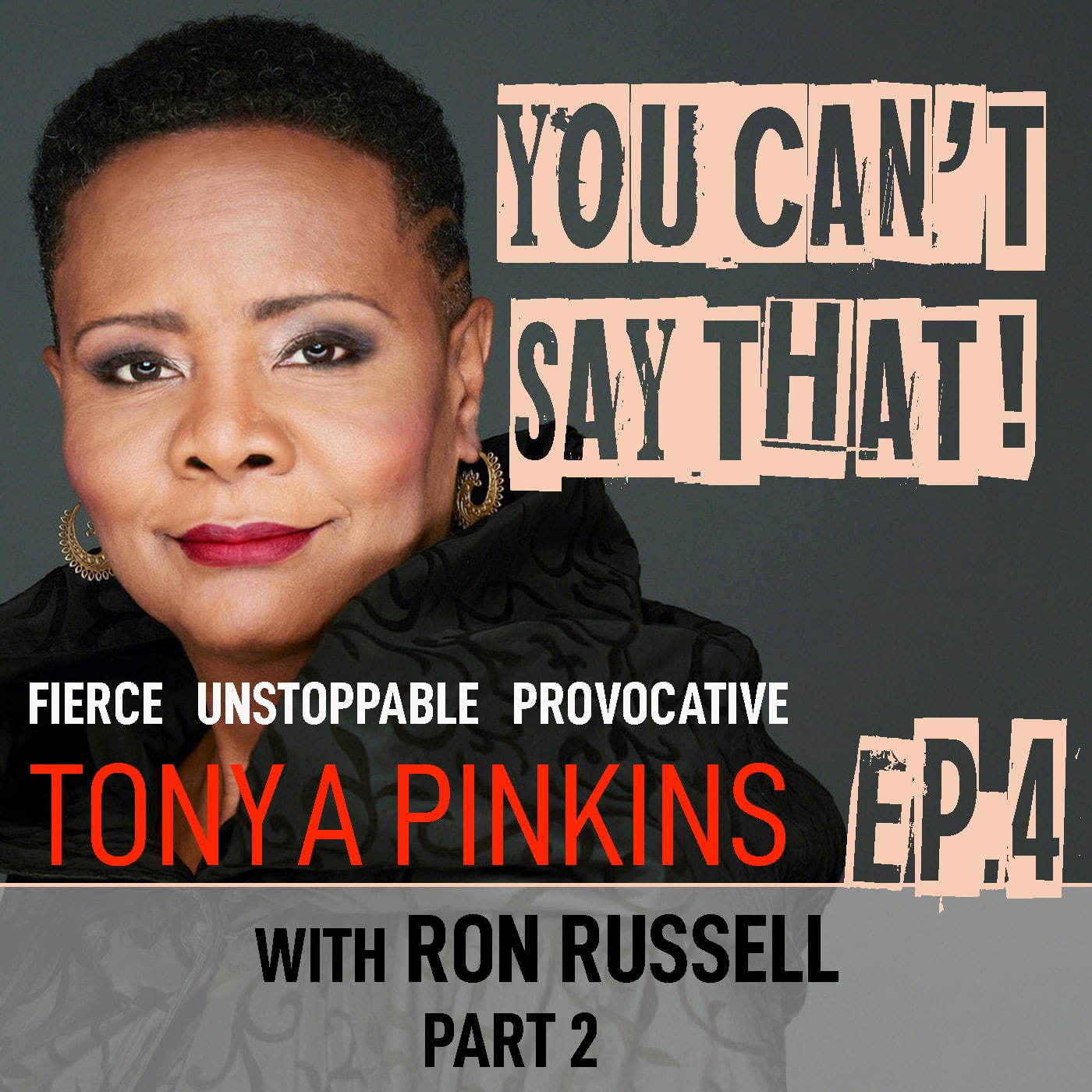 Part 2: Tonya welcomes Ron Russell, award-winning Director and renown educator to YOU CAN’T SAY THAT! Ron is co-founder of four theaters that still produce today. He is the Executive Director of Epic Theatre Ensemble.

With Epic, he has directed 16 award-winning Off-Broadway productions, including Premieres of Kate Fodor’s Hannah and Martin, Vern Thiessen’s Einstein’s Gift, Shakespeare’s Richard III, Born with Teeth, and Nilaja Sun’s Pike St., which he is currently touring across the nation and world, where it has won Helen Hayes and FringeFirst Awards. He has won an OBIE Award for Epic’s adaptation of Antigone and the International Ibsen Award for Pillars of Society. He has also designed sound for award-winning productions of Nilaja Sun’s No Child… (OBIE Award) and Judith Thompson’s Palace of The End. His teaching experience includes over 50 public schools, reaching over 18,000 youth, and his work as an educator in NYC has been recognized by citations from the Municipal Arts Society and Mayors Giuliani and Bloomberg.