The Falling in Love With Mr. Dellamort Original Cast Recording is available now wherever digital music is sold, and at BroadwayRecords.com/Dellamort.

Falling in Love With Mr. Dellamort

The Falling in Love With Mr. Dellamort Band includes: 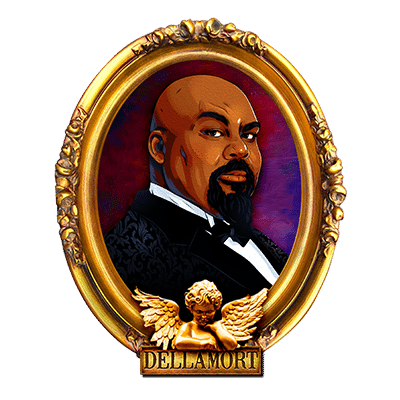 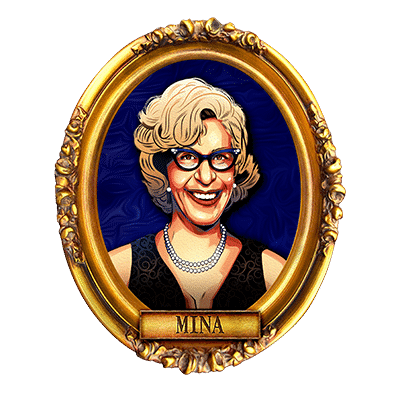 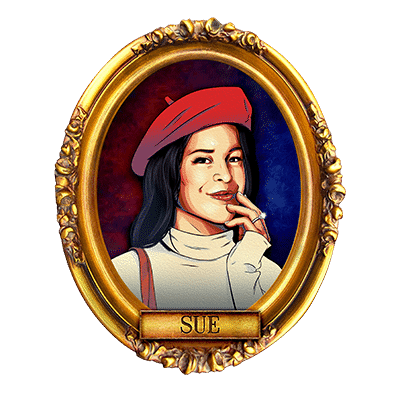 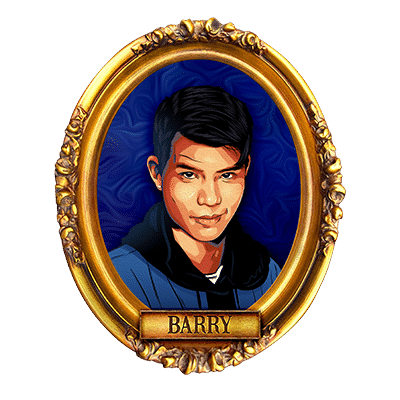 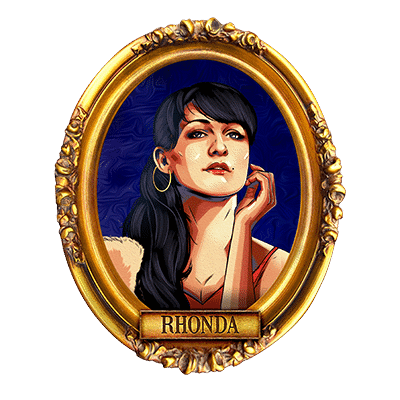 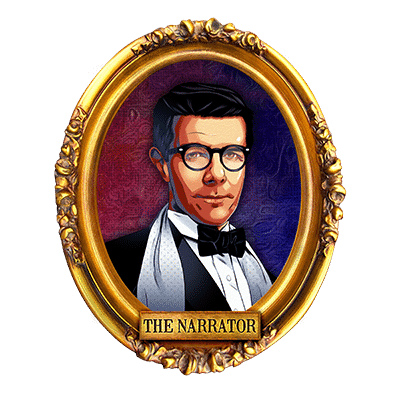 JACK FELDSTEIN – he/him (Book & Co-Lyrics / Radio Play Adaptation) is an award-winning writer and neon animation filmmaker. His almost thirty neon animation films, including The Ecstasy of Gary Green and A Wondrous Film about Emma Brooks have screened worldwide from Lincoln Center and NYC’s Angelika Cinema to Rotterdam International Film Festival and Sydney International Film Festival. As a writer, his playscripts including A House Like Any Other, The Confessions of Peter McDowell and The Process have won prizes in Australia, Britain and the USA. His playscript of Three Months with Pook was a finalist in the BBC International Play Competition and winner of the TRU VOICES COMPETITION in New York. His plays have been staged with many productions in Australia, New York and the USA.  Originally from Australia, he lives in NYC and developed many of his plays at Workshop Theater in Midtown where he was an artist member.

PAUL DOUST – he/him (Music & Co-Lyrics / Additional Orchestrations / Arrangements)Paul is an award-winning composer for stage and screen and the composer of the world’s first Theremin-based musical: Falling in Love with Mr. Dellamort. Paulʼs TV credits include Pawn Stars, Catfish and Chrisley Knows Best. He also wrote original music for Google Waymo, LPGA and Morgan Stanley, among other recent advertising campaigns. Paul is also a renowned choral composer and arranger. He released his debut album Reinventions in 2019.

ELLA JANE NEW – she/her (Director) is an award-winning theatre and filmmaker. She began her career as development coordinator at Darren Aronofsky’s Protozoa Pictures, working on commercially successful theatre and films. Ella’s directing credits include, THE FEAST by Gur Arie Piepkovitz at George Wood Theatre, NY premiere of SIX CORNERS by Emmy Nominated Keith Huff, Jack Feldstein’s THREE MONTHS WITH POOK at SOHO Playhouse, FALLING IN LOVE WITH MR DELLAMORT at The Slipper Room, and CHASING THE RIVER by Jean Dobie Geibel at Chain Theatre. Ella currently serves as the director of the Chain Playwriting Lab. Ella was raised across the globe in Barbados, Uganda, Kenya and England. She has her MFA from University of London and is based in New York City.

LENA GABRIELLE – she/her(Music Supervisions & Orchestrations / Arrangements) is a music director, arranger/orchestrator, composer/lyricist, and performer specializing in new works development. Favorite NYC and regional credits include “Emojiland” (NYT Critics Pick January 2020) “You, Me, I, We”, “Endangered!”, “The Most Miserable Christmas Tree,” “New York Animals,” “Aida,” “The Full Monty,” and “A Taste of Things to Come.” As an advocate for mental health awareness, Lena continues to develop her musical about living with and embracing mental illness. lenagabriellemusic.com

CRICKET S. MYERS – she/her  (Sound Designer) On Broadway, Cricket earned a Tony Nomination and a Drama Desk Award for her design of Bengal Tiger at the Baghdad Zoo. Regional designs include La Jolla Playhouse, The Ahmanson, The Mark Taper Forum, South Coast Rep, KCRep, The Kirk Douglas Theater, Pasadena Playhouse, and the Geffen Theater. She has earned 24 Ovation Nominations, as well as winning The Ruth Morley Award from the League of Professional Theatre Women. www.cricketsmyers.com

YESBROADWAY (Social Media & Influencer Marketing) YesBroadway is a media and marketing agency that champions fresh and exciting theater that helps theatergoers navigate Broadway, NYC theater, and theater all over the world. Clients include Be More Chill, Emojiland, and over 15 other Broadway shows as well as several Off-Broadway theater companies and theater-adjacent brands. @yesbroadway

TONY CASTRIGNO – he/him(Producer)Tony is an experience/d creative design director, producer and event strategist, dedicated to creating meaningful theatre, live events, and experiences that connect with an audience, in a variety of formats – live and virtual.  After a long career designing scenery and lighting, he has turned his energy to supporting other artists in bringing their projects to life.  In addition to Dellamort, he and partner Mark Rubinsky are in production on a national tour of a one man show, the new musical RADIO 930 and creating an exciting new learning and arts venue called The Performary.  I am forever grateful to my family for their support.

MARK RUBINSKY – he/him  (Producer)Beginning his career as a Stage Manager on and off Broadway  (Agnes Of God, Tap Dance Kid, Peg,  Alone Together, Phantom of The Opera and many more), Mark became a Corporate Executive and Creative Producer motivating thousands of franchise owners and sales associates to sell Hamburgers, Jet Planes, Computers, Cars, Bulldozers, and lots and lots of drugs. In 2004 he Produced a six month run of the multi-media/ live production of “Alexander Hamilton: In Worlds Unknown ” at the NY Historical Society (The year prior to the slightly more famous Hamilton). Mark produced a workshop of Ballroom Rocks, a Tour of They Called it Rock, and is  currently a Co-Producer of an exciting new musical, Radio 930. He chairs the Board of Directors of the non-profit Works In ProgressNYC. 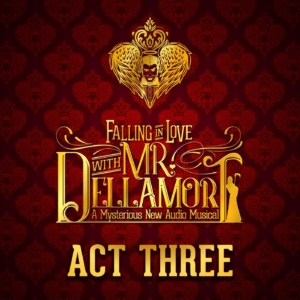 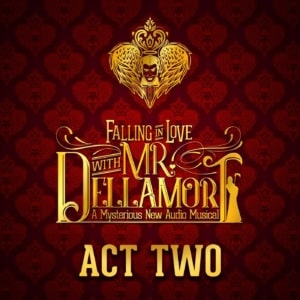 All three of the invited guests are drawn to and unsuccessfully attempt to win the affections of Mr ...
August 6, 2021 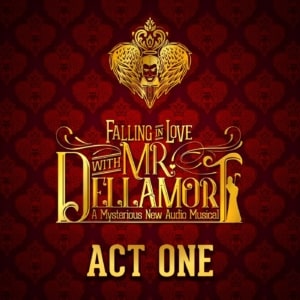 Falling in Love with Mr. Dellamort: Act One

Welcome to Act One of Falling in Love with Mr. Dellamort, a mysterious new audio musical presented i ...
July 30, 2021 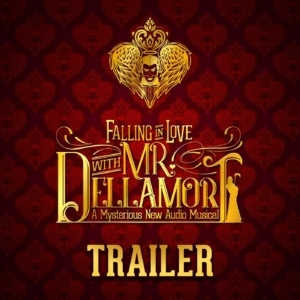 JAMES MONROE IGLEHART – he/him (Mr. Dellamort)A Tony Award winner, Iglehart most recently appeared in two Broadway productions simultaneously – as Lafayette/Jefferson in the smash-hit Hamilton, and asFreestyle Love Supreme’s special guest star. He made his Broadway debut in The 25th Annual Putnam County Spelling Bee, and originated the role of Bobby in Broadway’s Memphis. As the Genie in Aladdin, Iglehart won Tony and Drama Desk Awards for Best Featured Actor in a Musical. Iglehart’s solo show debut, “How the Heck Did I Get Here?”, played two sold-out engagements at 54 Below and concert venues across the country. He recurred on Netflix’s “Maniac” opposite Jonah Hill and Emma Stone, and “Unbreakable Kimmy Schmidt” as Coriolanus Burt. James guest starred on “At Home with Amy Sedaris”, “PerfectHarmony”, “Gotham”, “Elementary”, “The Good Wife”, and voices Lance Strongbow on Disney’s hit animated show “Tangled.” He made his feature debut opposite Richard Gere, Peter Dinklage and Jullianna Margulies in “Three Christs” and will be seen next in the Enchantedsequel,Disenchanted. This, and all things, for his perfect wife Dawn.

COURTNEY REED – she/her(Sue Grimshaw) is best known for originating the role of ‘Princess Jasmine’ in Disney’s smash Broadway hit Aladdin, in which she received a Grammy Nomination. She was last seen in Lauren Yee’s award-winning play Cambodian Rock Band at The Signature Theatre. She also had the honor of being a part of the closing company of the Tony Award Winning Musical In The Heights, in which she played ‘Carla,’ u/s ‘Nina’ and ‘Vanessa.’ She made her Broadway debut in Mamma Mia!Favorite Regional: ‘Andrea’ in Once on This Island at Papermill Playhouse directed by Thomas Kail. TV/FILM: Liza on Demand, Search Party, The Affair, Law & Order: SVU, White Collar, NYC 22, CSI: NY & Endings, Beginnings. @RhodesReed

JACKIE HOFFMAN – she/her (Mina Thompson) Best known for her Emmy nominated role of ‘Mamacita’ from FX’s “Feud: Bette and Joan,” Jackie was most recently seen in the acclaimed Yiddish production of “Fiddler on the Roof” Off-Broadway. She can also be seen in Spectrum’s “The Bite,” Ryan Murphy’s “The Politician,” and TruTV’s “At Home With Amy Sedaris.” Other credits include “The Other Two,” “Difficult People,” “Gilmore Girls,” “I Shudder,” “Girls,” “Six by Sondheim,” “The New Normal,” “The Good Wife,” “Inside Amy Schumer,” “Raising Hope,” “Melissa and Joey,” “On We Go,” “30 Rock,” “Starved,” “Hope and Faith,” “Curb Your Enthusiasm,” “Strangers with Candy,” “TV Funhouse,” “Late Night with Conan O’Brien,” “Soulman” and “Cosby.” On Broadway, Hoffman has co-starred in “Charlie and the Chocolate Factory,” “On The Town,” “The Addams Family,” “Xanadu” and “Hairspray.” Off-Broadway, Hoffman received a Drama League Award Nomination starring as ‘Princess Winifred’ in “Once Upon A Mattress.” “Jackie Hoffman: Live from Joe’s Pub” is available on disc.

TELLY LEUNG – he/him(Barry Scott)Telly Leung is a New York City native, Broadway performer, recording artist, producer, & theater arts teacher. His Broadway & national touring credits include Aladdin in Disney’s “Aladdin” on Broadway, In Transit, Allegiance, Godspell, Rent, Wicked, Pacific Overtures, Flower Drum Song. Television audiences will remember him as Wes the Warbler on “Glee”, as well as appearances on “Instinct”, “Odd Mom Out,” “Deadbeat” and “Law and Order: Criminal Intent.” He can be heard on many original Broadway cast recordings and has released two solo albums, I’ll Cover You (2012) and Songs for You (2016), and the You Matter EP (2020). Twitter / Instagram: @tellyleung. www.tellyleung.com