En route towards a successful lifetime career in news, Eva made the decision to follow her original, true passion. In 2005, she left her job at ABC News to pursue a life in the theater, as a producer. The decision to leave a steady job and start from scratch in a famously cutthroat industry was not an easy one. But it certainly paid off. Eva has amassed over 18 Broadway credits and three Tony Awards. And, last year, she had four Broadway shows running simultaneously at one point. Her success can, of course, be attributed to her hard work and tenacity, but also to returning to her first love, building on the passion generated from her formative experiences in the theater—her first shows.

On each episode of My First Show, Eva speaks with a different luminary from the entertainment industry, framing the discussion around four questions:

Through a lively and personal conversation, Eva explores each guest’s formative experiences, how ambitions became reality and what dream roles still remain. 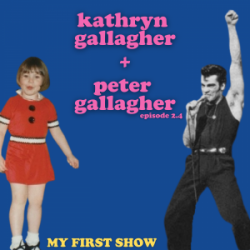 On this episode, the final installment of My First Show’s mini-season, we observe the one-year anniversary of the Broadway shutdown the only way we know how: by celebrating the hell out of Broadway’s history, future, and magic. Eva talks to Kathryn Gallagher—a Tony nominee for her performance as ...
March 13, 2021 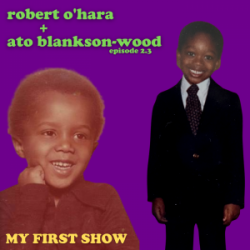 On this week’s episode of My First Show's mini-season, Eva is joined by the director of SLAVE PLAY, Robert O’Hara, and one of its stars, Ato Blankson-Wood. Both artists are Tony-nominated for their work on Jeremy O. Harris’ staggering play that made its way from New York Theater ...
March 5, 2021 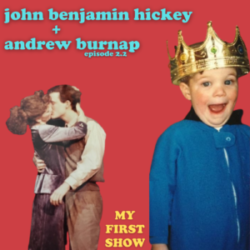 Continuing the “My First Show” mini-season of dynamic duos, Eva talks to Tony Award winner John Benjamin Hickey and Andrew Burnap, both Tony-nominated for their performances in THE INHERITANCE. Andrew and John look back on their long journey with this long play as it progressed from the Young ...
February 25, 2021 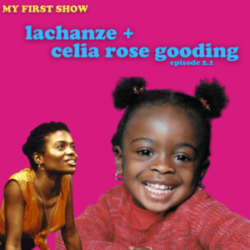 “My First Show” is back for a very special second season, a “mini-season,” celebrating Broadway and the Tony Awards. As we look to the return of live theater, Eva talks to a powerhouse Broadway mother-daughter duo: Tony Award winner LaChanze and Celia Rose Gooding, a Tony Award nominee ...
February 18, 2021 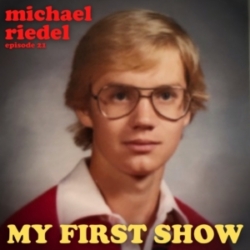 Historian, gossip columnist and brutally honest theater lover Michael Riedel dishes about, well, almost everything on the season one finale of “My First Show.” Michael talks about his two books, including his most recent, SINGULAR SENSATION: THE TRIUMPH OF BROADWAY. Get ready to be regaled: from seeing shows ...
December 15, 2020 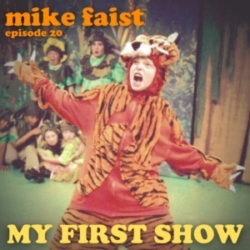 Tony nominee Mike Faist looks back on his Broadway debut in NEWSIES, originating the “dark and brooding” break-out character Connor Murphy in DEAR EVAN HANSEN, and the way in which he forged a sense of brotherhood among the Jets in the upcoming WEST SIDE STORY film. Before starring ...
December 8, 2020