The Wrong Cat Died is a parody theatre podcast made by a theatre outsider. After seeing Cats the Musical for the first time in July of 2016, podcast host Mike Abrams was filled with a whirlwind of emotions. He was amused, confused, and a little angry. Almost exactly three years later when the movie trailer came out, Mike had enough. It was time to speak his truth – Grizabella was the wrong Cat to Die at the Jellicle Ball. In this mini-series, Mike breaks down a handful of the characters and makes a case for why they were more worthy to ascend to the Jellicle Heaven than Grizabella. 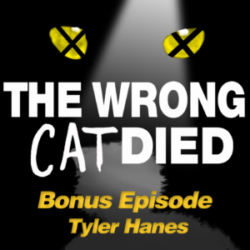 Bonus Episode: This episode features Tyler Hanes who played Rum Tum Tugger during the 2016 Broadway revival. Tyler finally sets the record straight on all of the crazy Tugger rumors and shares behind the scenes stories from the cast, crotch thrusts included ...
February 11, 2020 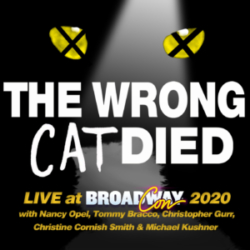 LIVE from BroadwayCon 2020 in New York City, hear our CATS debate with Nancy Opel, Tommy Bracco, Christopher Gurr, Christine Cornish Smith, and Michael Kushner. Each panelist pulled a random cat out of a hat and made a case why they deserved to ascend to the Heaviside Layer ...
February 1, 2020 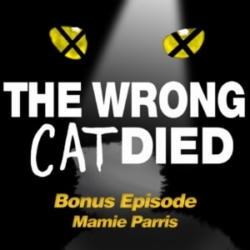 Bonus Episode: This episode features Mamie Parris who played Grizabella during the 2016 Broadway revival. Mamie and Mike discuss why she thinks her character was the most worthy to win and why Mike disagrees ...
January 6, 2020 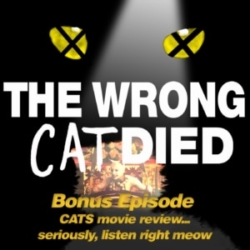 Bonus Episode: Get your movie review here, folks! Step right up, step right up! Mike was invited to see an early screening of CATS the movie! Hear Mike and Alan (from The Theatre Podcast) breakdown the movie, discuss the crazy ending, and give a few award CATegories at ...
December 19, 2019 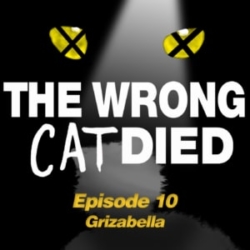 This episode does the unthinkable. I'm doing my civic duty and telling you everything you need to know about Grizabella. Hear about all why she's the wrong cat to die as I make up vicious rumors and explain why her character is not even in the original book ...
December 9, 2019 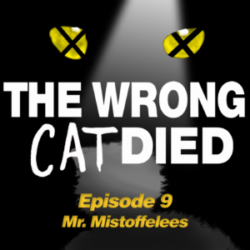 Ep9 – Mr. Mistoffelees, the magical one

This episode talks about the magical Mr. Mistoffelees. Hear about all of the magic Mr. Mistoffelees does on stage and about his complex relationship with Rum Tum Tugger. Plus, I dig deep int the fan fiction world reading a snippet from my favorite story in Episode 9! ...
December 1, 2019